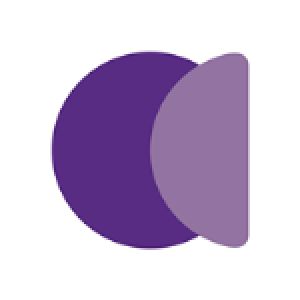 Our brand story defines who we are and what we stand for. It shapes how we think, feel and behave. It’s a story that takes a journey through Azerbaijan, from our colourful history to our vibrant future, challenging preconceptions and shaping the experiences people have with us in our diverse and vibrant land.

Azerbaijan is a country of revelations. Discovering the land and its people is a new and unique experience. It takes you to a different place every time. And it opens the mind to see something new.

When people share their time with us, many mysteries are revealed. See how exciting life can be when your curiosity knows no bounds.

Azerbaijan will unleash your inner explorer.

We are sorry this Jumping Over Bonfires and Growing Wheat Sproutsarticle is not available anymore. Please click below to see other similar articles available on Hozpitality

The fascinating ways Azerbaijanis celebrate the arrival of spring 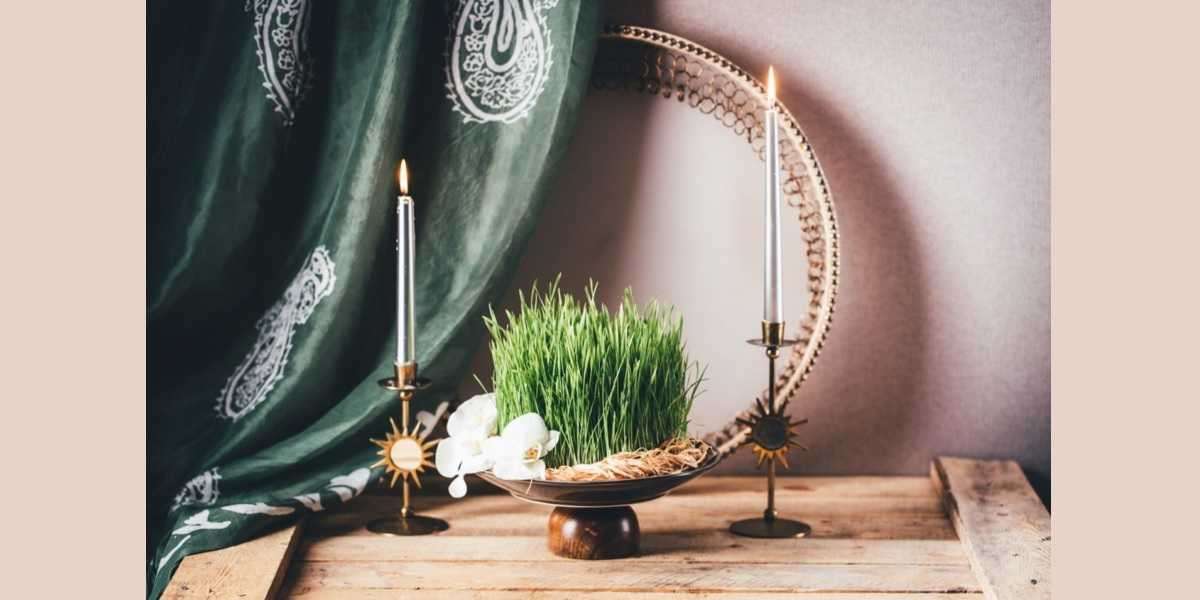 The coming of spring is felt worldwide, but in Azerbaijan people cherish it with extra care and symbolism. Here, it is celebrated with the Novruz holiday, which is inscribed on UNESCO's Representative List of the Intangible Cultural Heritage of Humanity. The holiday itself takes place on the vernal equinox, March 20-21, however, preparations begin a month in advance. Below are some of the fascinating traditions and rituals Azerbaijanis do to celebrate Novruz:

Azerbaijan is one of a few countries where you can see all of nature's four elements so perfectly symbolised: by the Caspian Sea, the burning mountain of Yanardag, the rocks of Gobustan and Baku, which is rightly nicknamed"the city of winds". Every year on each of the last four Tuesdays (known asCharshanba) before Novruz, one of these elements is celebrated. It's believed that on the first still waters start to move, while on the second bonfires are kindled, and on the third a warm breeze brings life to water and fire. The last Tuesday, known asAkhir Charshanba, is when trees shoot new leaves and spring finally begins.

Samani, green sprouts of wheat seeds, is an important symbol of the Novruz celebration. It is an essential decoration at the holiday meal representing the revival of nature. People also believe that growing samani will bring abundance, wellbeing and prosperity to their family in the coming year. Every family grows their own, but small shops, bazaars, and even modern supermarkets sell samani in the lead-up to Novruz.

National holidays usually grow out of a people's spiritual world and beliefs. and Novruz is often linked to Zoroastrianism for its multiple links to fire. On the four Tuesdays leading up to the holiday, as well as during the holiday itself, one of the main rituals is jumping over a bonfire, with each house or neighbourhood making their own. Young and old alike jump over them to rid their troubles and purify their souls going into the new year. Interestingly, ancient phrases like"I swear by fire,""I swear by the sun,""I swear by the light"and"May your hearth never go out"are still used by Azerbaijanis today.

No festivity without delicious food

Traditional festive foods are cooked at Novruz. Plov, or pilaf, is the main festive dish along with pastries and sweets. A beautifully decorated tray, orkhoncha, with samani (green sprouting wheat) placed in the centre, is filled with nuts, candles, treats and sweets, each of which has a symbolic meaning. These sweets have an ancient significance: the round, yellowishgoghalrepresents the sun, while the crescent-shapedshekerburasymbolises the moon, and pahklava signifies both the sky and the stars, the seven layers of diamond-shaped dough reflecting the layers of the sky and the hazelnuts in the centre representing stars. 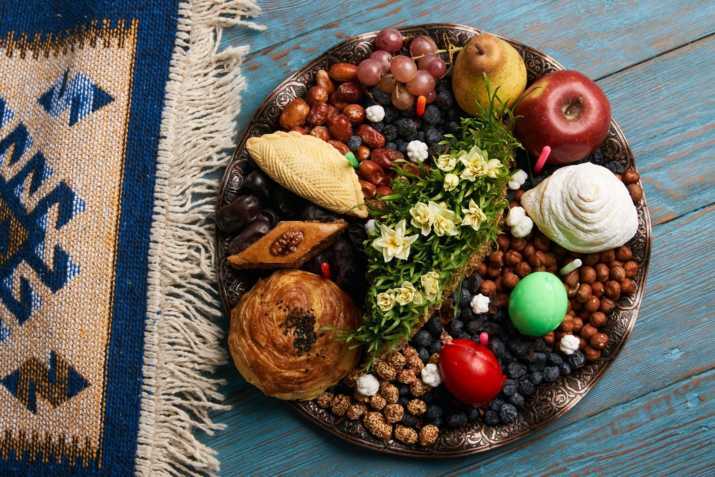 Novruz is especially exciting for young people as it features a wide range of games, performances and rituals. One of them is the"ear divination"game, which has a deep educational, moral and psychological meaning. People, particularly young girls, take a cup of water, a mirror and a key, make a wish and approach their neighbours'doors to discover if their wish will come true in the next year or not. They put their ear to the door, secretly listen in to conversations inside the house, and interpret the first word they hear in relation to their wish. Therefore, it is customary to talk positively and express good wishes during the holiday. 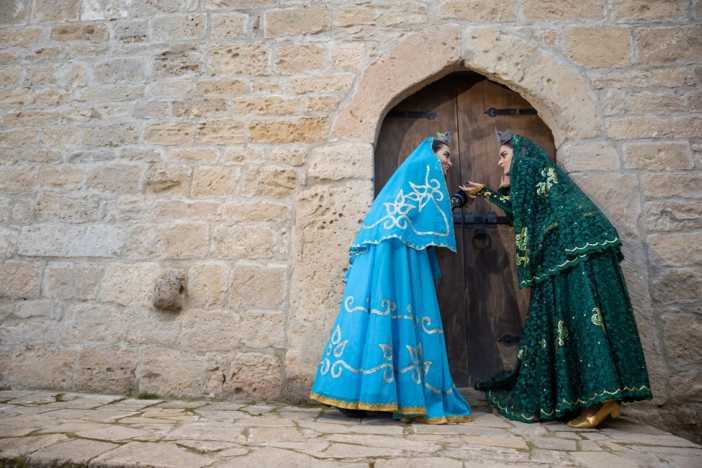 May peace be upon you

Novruz is not just a time for celebration, food and fun. It's a time for love, peace and equality. Those who have fallen out during the year are supposed to forgive one another and renew their relationship, while relatives and neighbours visit each other and exchange gifts.It brings together different sections of the population, strengthens mutual understanding and social cohesion. One of the golden rules of Novruz is that people should never curse, lie, swear or gossipthey shouldn't do anything bad.

The Azerbaijan Tourism Board (ATB) is a national promotion body established under the State Tourism Agency of the Republic of Azerbaijan. Its main objectives are to support the growth of Azerbaijan's tourism industry and encourage visitors to explore the countrys rich cultural offering and experience its ancient heritage. For more information, visithttp://azerbaijan.travel/en/homeand follow us on social media at: @experienceazerbaijan,https://www.facebook.com/ExperienceAZE, andhttps://twitter.com/ExperienceAZE