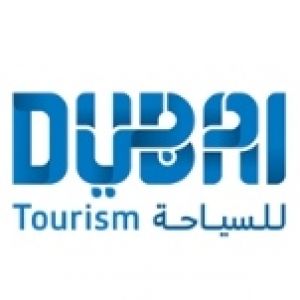 Dubai reinforces its position as a global destination for food industry tourism with the launch of the first-ever gastronomy industry report.

The special report was unveiled at the first gastronomy industry briefing hosted by DET at the W Dubai  Mina Seyahi and was attended by more than 100 restaurateurs, culinary specialists, and key stakeholders from the food and beverage sector, to share seasonal highlights in relation to the ever-expanding gastronomy sector and reveal industry insights from the city’s inaugural gastronomy report. 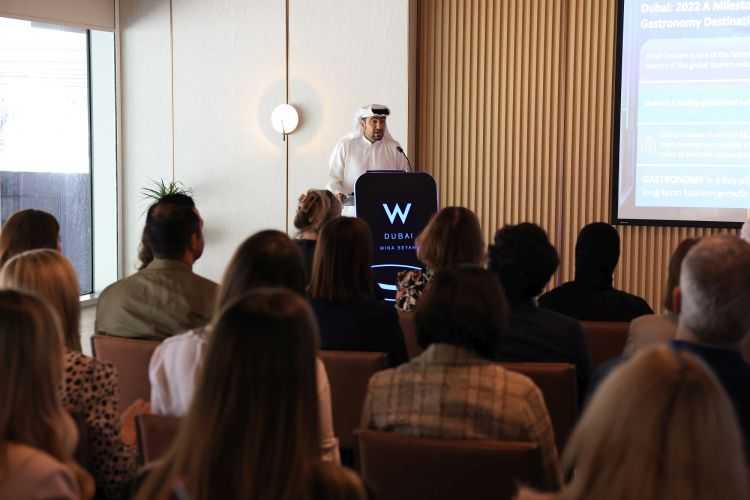 The event was hosted as part of Dubai’s efforts to build upon the destination’s year-round programme of key foodie events, gourmet showcases and culinary platforms, to further strengthen the city’s dynamic ecosystem of around 13,000 restaurants and cafés. During the briefing, opportunities in the gastronomy sector and forthcoming calendar highlights were shared with partners to get their support to further enhance the city’s reputation as a year-round global gastronomy hub.

Ahmed Al Khaja, CEO, Dubai Festivals and Retail Establishment (DFRE) revealed key findings from the newly commissioned annual industry report during the event, showcasing the gastronomy activities and initiatives which continue to be a driving force behind the steady growth in both domestic and international tourists, in line with the visionary leadership’s goal to make Dubai the world’s best city in the world to live in, work and visit.  This insightful research has reaffirmed Dubai’s standing as an international hub for gastronomy, and a beacon for visionary restaurateurs, chefs, discerning foodies, epicurean travellers and culinary aficionados.

The inaugural ‘Dubai Gastronomy Industry Report’ highlights that Dubai’s vibrant and stimulating food scene is a direct reflection of the city itself, with the city being one of the most culturally diverse destinations around the world and a melting pot of more than 200 nationalities. This diversity, alongside the city’s enabling framework and dynamic ecosystem, has fuelled Dubai’s acceleration into a unique international culinary hub. 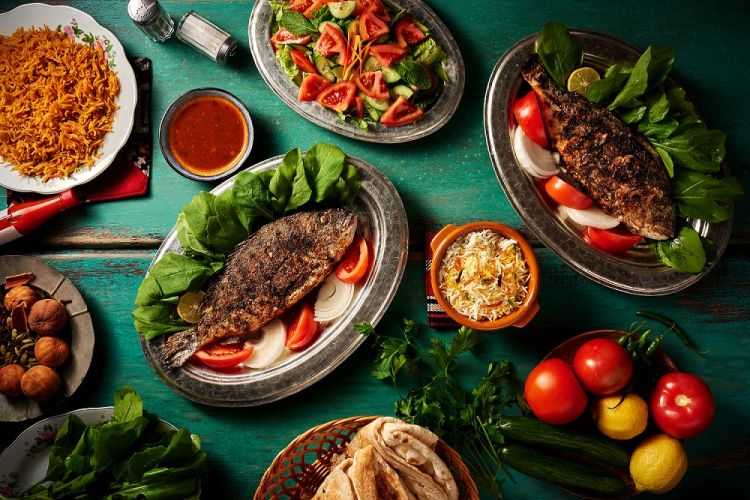 Ahmed Al Khaja, CEO, Dubai Festivals and Retail Establishment (DFRE) commented: “We are proud that Dubai’s ever-expanding gastronomy industry continues to have a positive impact on the growth of food tourism globally, as inspired by the vision of His Highness, Sheikh Mohammed bin Rashid Al Maktoum, Vice President and Prime Minister of UAE and Ruler of Dubai to further enhance Dubai’s position as a global liveability hub. Dubai’s unique and diverse gastronomy scene is comprised of a plethora of home-grown eateries, fine dining institutions, MICHELIN-starred restaurants and neighbourhood favourites, which together represent Dubai’s dynamic epicurean scene.

Dubai brings together the culture and heritage of more than 200 different nationalities at tables and within restaurants across the city and we are pleased that the emirate is gaining further recognition as a globally renowned epicurean destination transforming food tourism, as revealed in our report that we have just launched. It is a one-of-a-kind comprehensive study that provides significant insights and information related to the city’s growing gastronomy sector. Its continued success is evident in the findings set out in the report including high satisfaction scores across key aspects of the gastronomy offering, in addition to a marked improvement in food choices and the overall restaurant experience for residents and visitors.”

The Dubai Gastronomy Industry Report highlights DET’s efforts to cement the city’s position as an international epicentre of gastronomic innovation and inspiration via a programme of year-round events and showcases.

The report is based on the feedback and findings of various research carried out by DET including the Global Brand Tracker, Dubai International Visitor Surveys and a local research survey, in addition to thousands of independent reviews posted on food and travel websites. A survey of a number of residents to evaluate their perception of Dubai as an international foodie destination showed that over 55% of respondents ranked Dubai as the No.1 global gastronomy hub followed by London and New York. The survey also highlighted that 52% of residents in the city dine out up to three times per week. The city also, impressively, ranks second in categories such as world-class chefs, fine dining and service at restaurants, ahead of New York, London, Singapore, and Istanbul.  The report also points out that 72.2 percent of international visitors said they are happy with the overall quality of food they ate in Dubai and the restaurants they dined in.

DET also recently launched the ‘Gastronomy Always on Campaign’ (GAON), aiming to support the F&B industry and lead on a calendar of culinary events. This campaign has drawn attention to the core pillars which empower Dubai as a global gastronomy hub with quality cuisine and experiences available for all; diversity, authenticity, value for money, and experiential offerings. The GAON campaign has also championed the Dubai Food Festival (@dubaieats), which is a celebration of Dubai’s rich food culture and an expression of the city’s central gastronomy pillars. The festival and its popular year-round social media channels are a leading source of information and recognition for Dubai’s energetic food scene.  The report is also a review of the campaign’s initiatives, events, and unparalleled efforts to position Dubai as a leading gastronomy destination.

The report, which will be released annually, will chart the evolving elements of Dubai’s dynamic food scene and create a platform for insights into Dubai’s culinary sector to be shared with restaurateurs, chefs, potential collaborators, and stakeholders locally and globally, whilst also providing an overview of initiatives to further elevate Dubai’s profile as a leading gourmet destination. 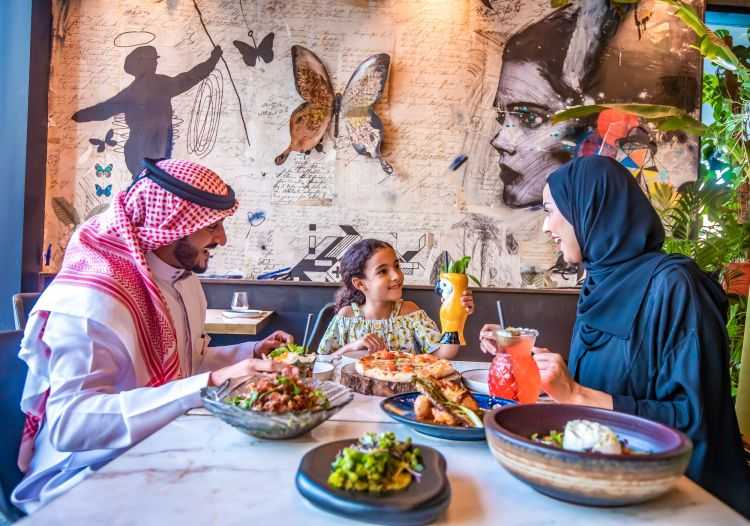 During the briefing, DET also announced that the 10th-anniversary edition of the much-awaited Dubai Food Festival (DFF) will take place from 28 April to -7 May 2023. DFF 2023 will showcase the depth, diversity, and creativity of Dubai’s gastronomy offering through an expanded programme of events and activities, drawing upon and celebrating home-grown concepts, Emirati and international cuisine, as well as global trends and Chefs that have inspired Dubai.

In addition, the Dubai College of Tourism (DCT) and DET will introduce a new initiative in 2022, focused on stimulating inclusivity, by creating opportunities for People of Determination to enter and succeed and thrive in the hospitality and F&B industry. This will be delivered via various activities including creating opportunities for People of Determination to undertake workplace training and internships, collaborating with restaurants and chefs, in addition to encouraging restaurants to communicate their inclusivity plans through their platforms.

Dubai has grown to become one of the world’s most sought-after epicurean destinations, and its gastronomy scene has diversified and progressed in line with the expansion and development of the city and remains a key driver of growth for the tourism sector.  Dubai welcomed 7.12 million international overnight visitors during the first half of 2022. The city was recognised as the No.1 global destination and the fourth leading destination for ‘Food Lovers’ in the Tripadvisor Travellers’ Choice Awards 2022, demonstrating the depth of the culinary scene and the diversity of culinary offerings.

Testament to Dubai’s standing as a foodie hub, the city has welcomed a raft of new initiatives and inaugural dining guides which have further elevated the destination’s reputation as a world-class destination for epicures. The launch of the inaugural MICHELIN Guide Dubai in summer 2022 saw 69 culinary institutions across the city included within the guide, as well as individual awards for, a Green Star, Young Chef, Sommelier and a restaurant award for Best Welcome and Service, whilst the city also welcomed the culinary critic brand Gault&Millau in spring 2022, featuring expert reviews. 16 of Dubai’s homegrown cafés, chef-helmed gourmet restaurants and fine dining institutions and chefs were also recognised in the inaugural edition of the Middle East and North Africa’s 50 Best Restaurants list that was unveiled earlier this year.

About Dubai’s Department of Economy and Tourism (DET)

With the ultimate vision of making Dubai, the world’s leading commercial centre, investment hub and tourism destination, Dubai’s Department of Economy and Tourism (DET) is mandated to support the Government in positioning the emirate as a major hub for global economy and tourism, and in boosting the city’s economic and tourism competitiveness indicators. Under this remit, DET is driving efforts to further enhance Dubai’s diversified, innovative service-based economy to attract top global talent, deliver a world-class business environment and accelerate productivity growth. Additionally, DET is supporting Dubai’s vision to become the world’s best city to live and work in by promoting its diverse destination proposition, unique lifestyle and outstanding quality of life, overall.

DET is the principal authority for the planning, supervision, development and marketing of Dubai’s business and tourism sectors. It is also responsible for the licensing and classification of all types of businesses, including hotels, tour operators and travel agents. The DET portfolio includes Dubai Corporation for Tourism and Commerce Marketing, Dubai Festivals and Retail Establishment, Dubai Industries and Exports, Dubai Investment Development Agency (Dubai FDI) and Dubai SME, as well as Dubai College of Tourism, Dubai Calendar and Dubai Business Events. 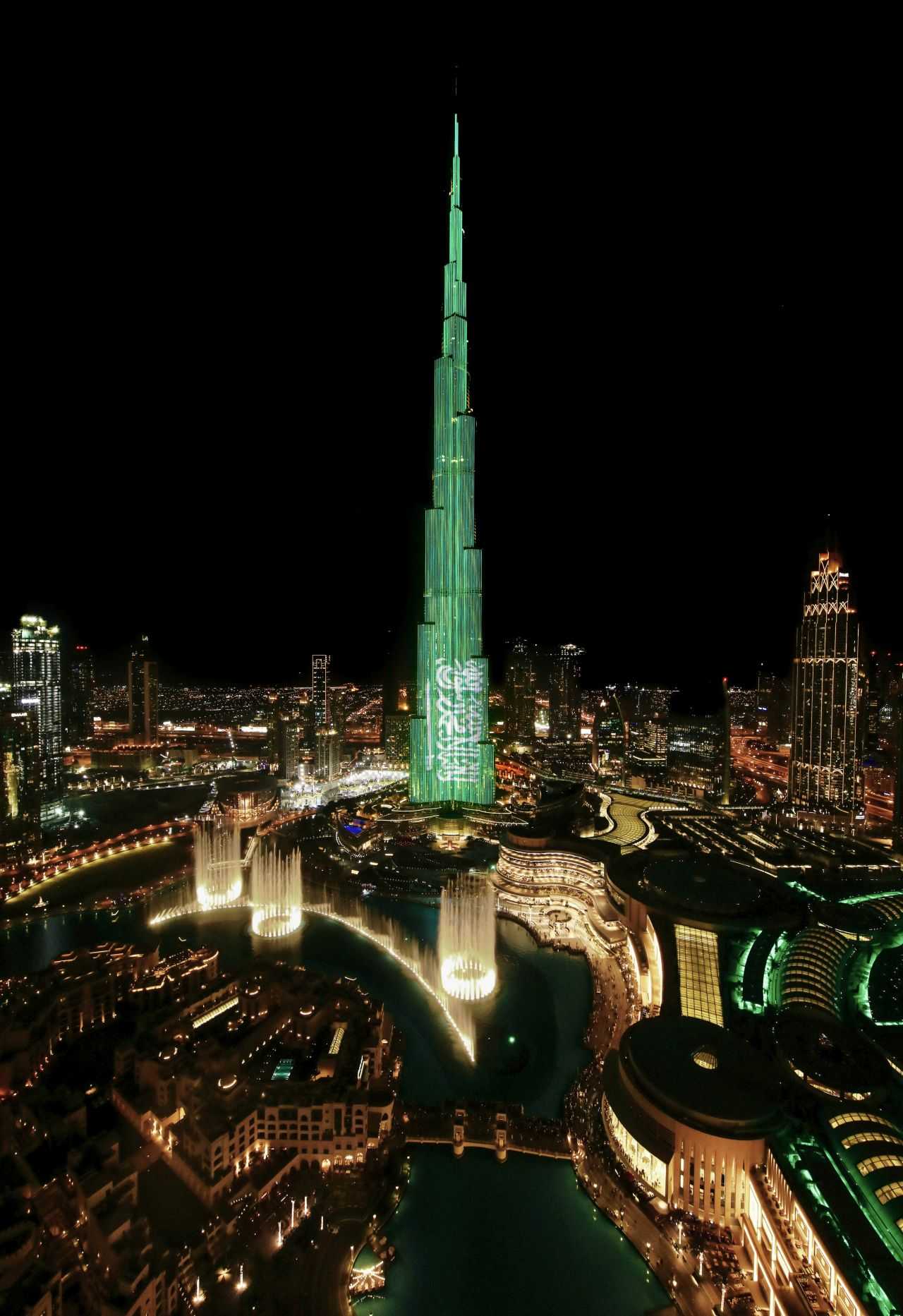 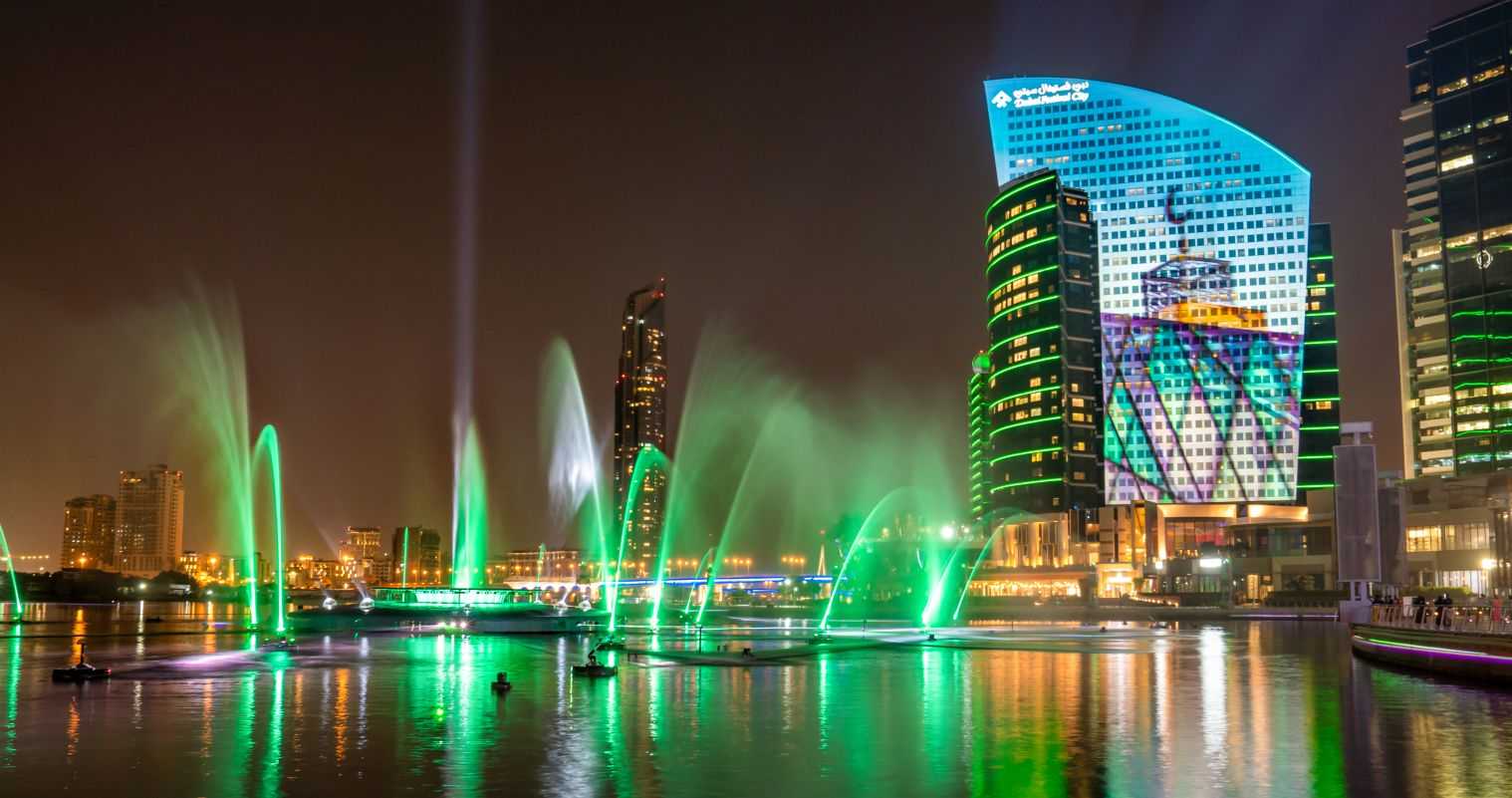 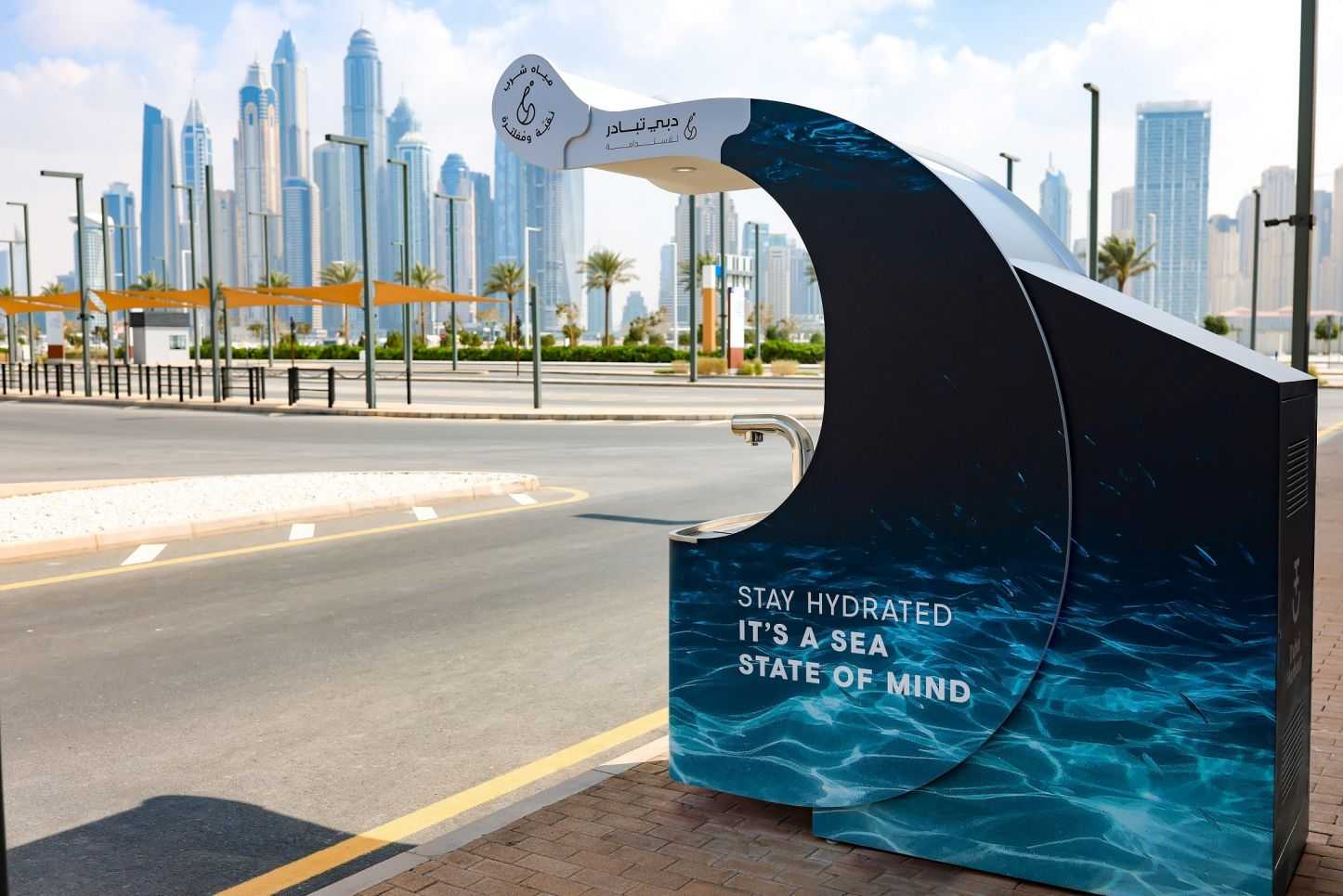 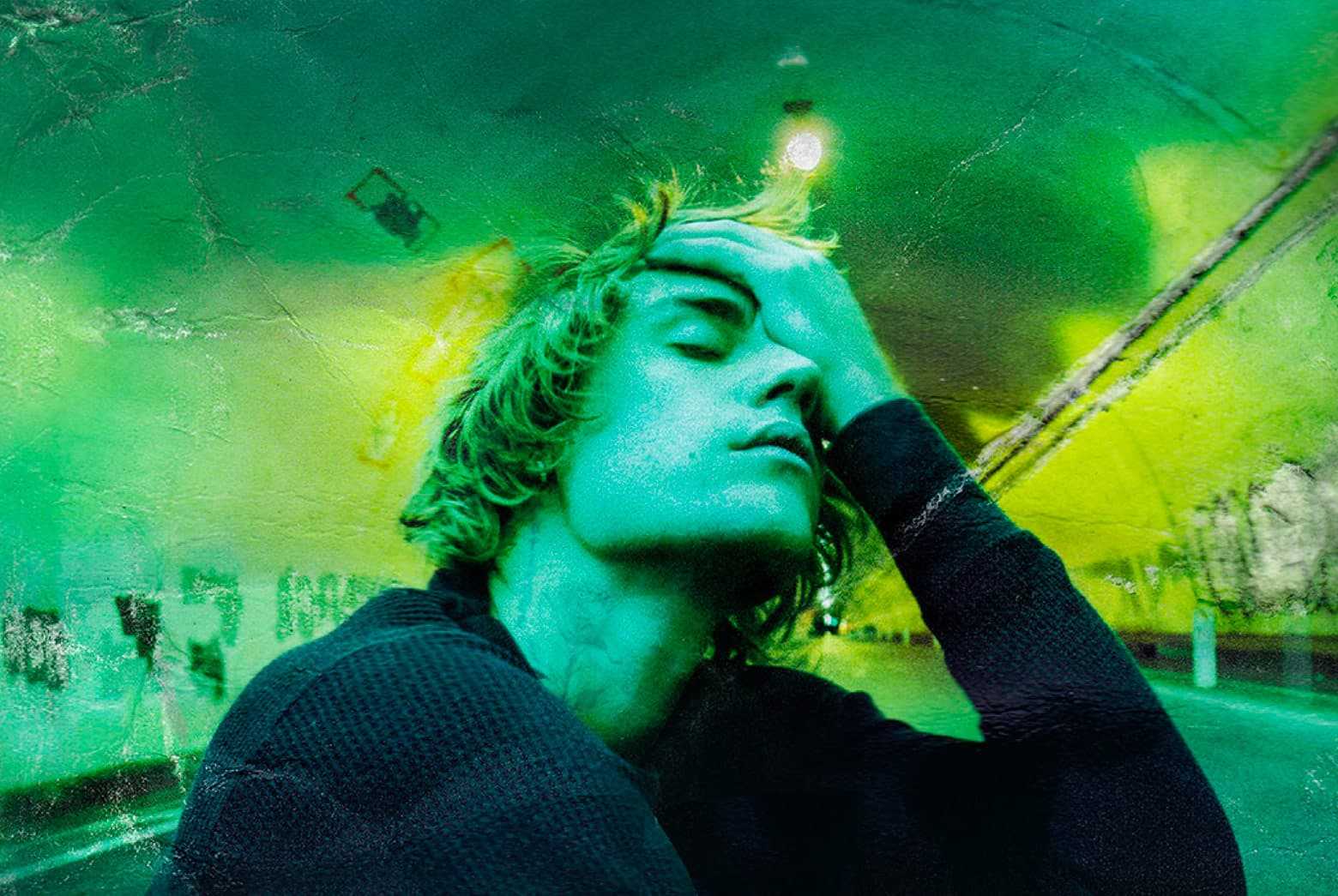 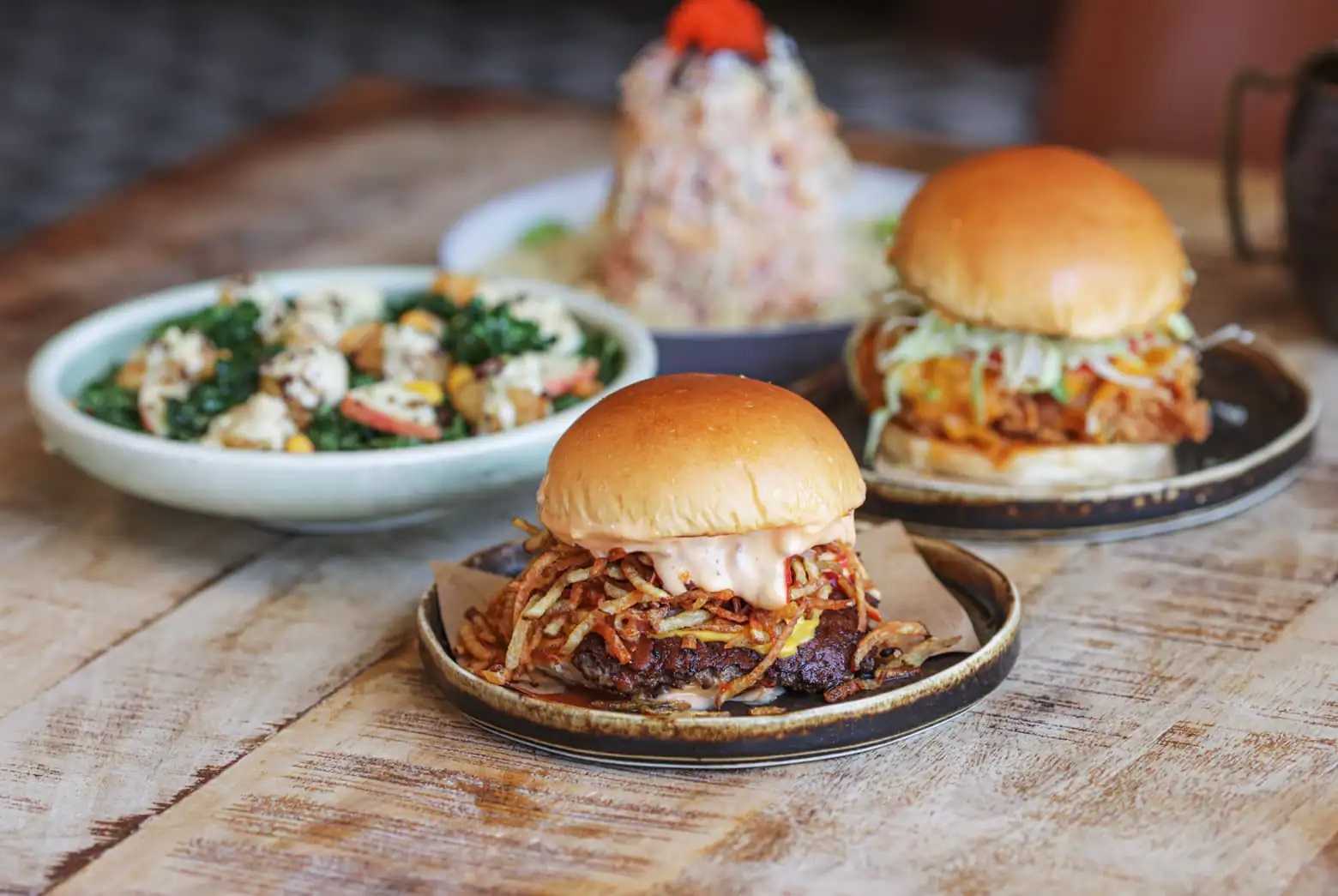 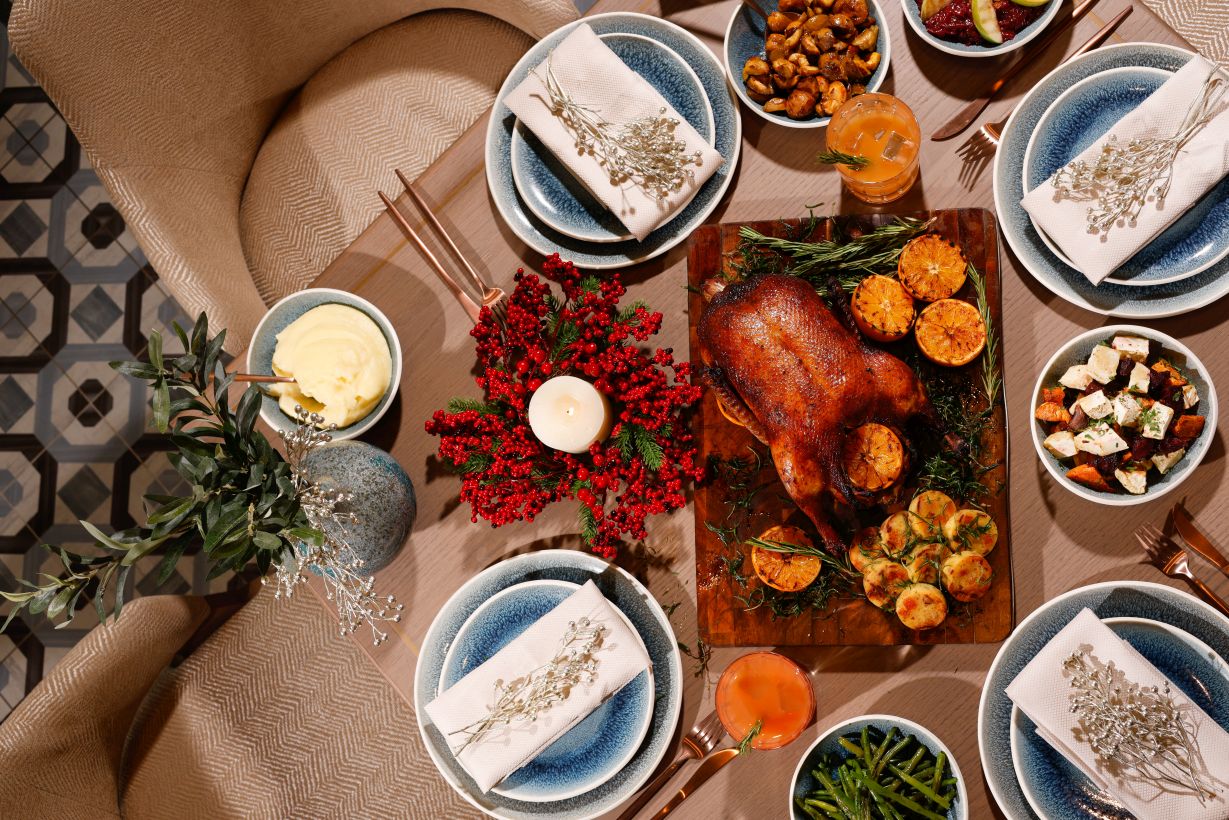 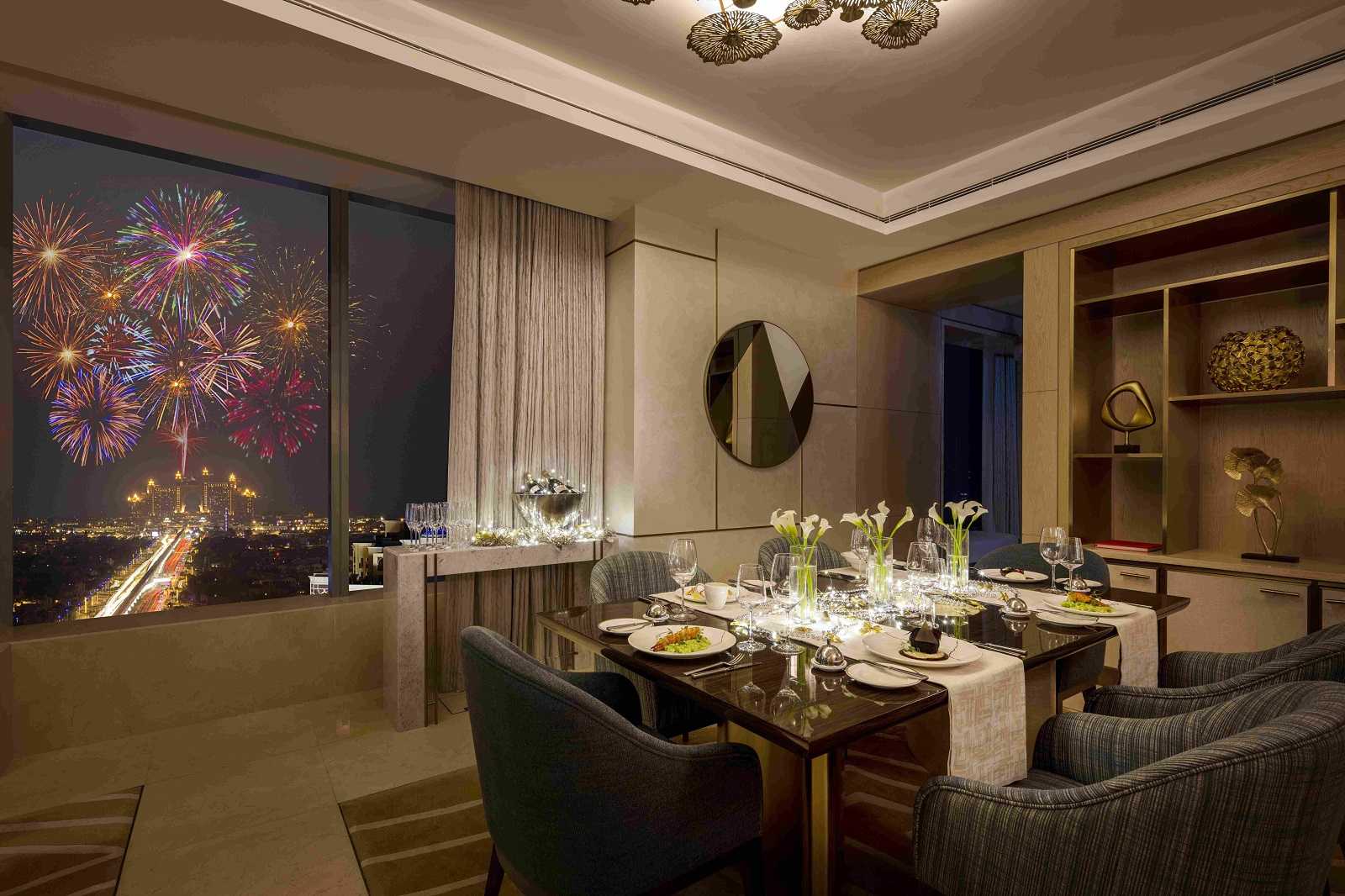 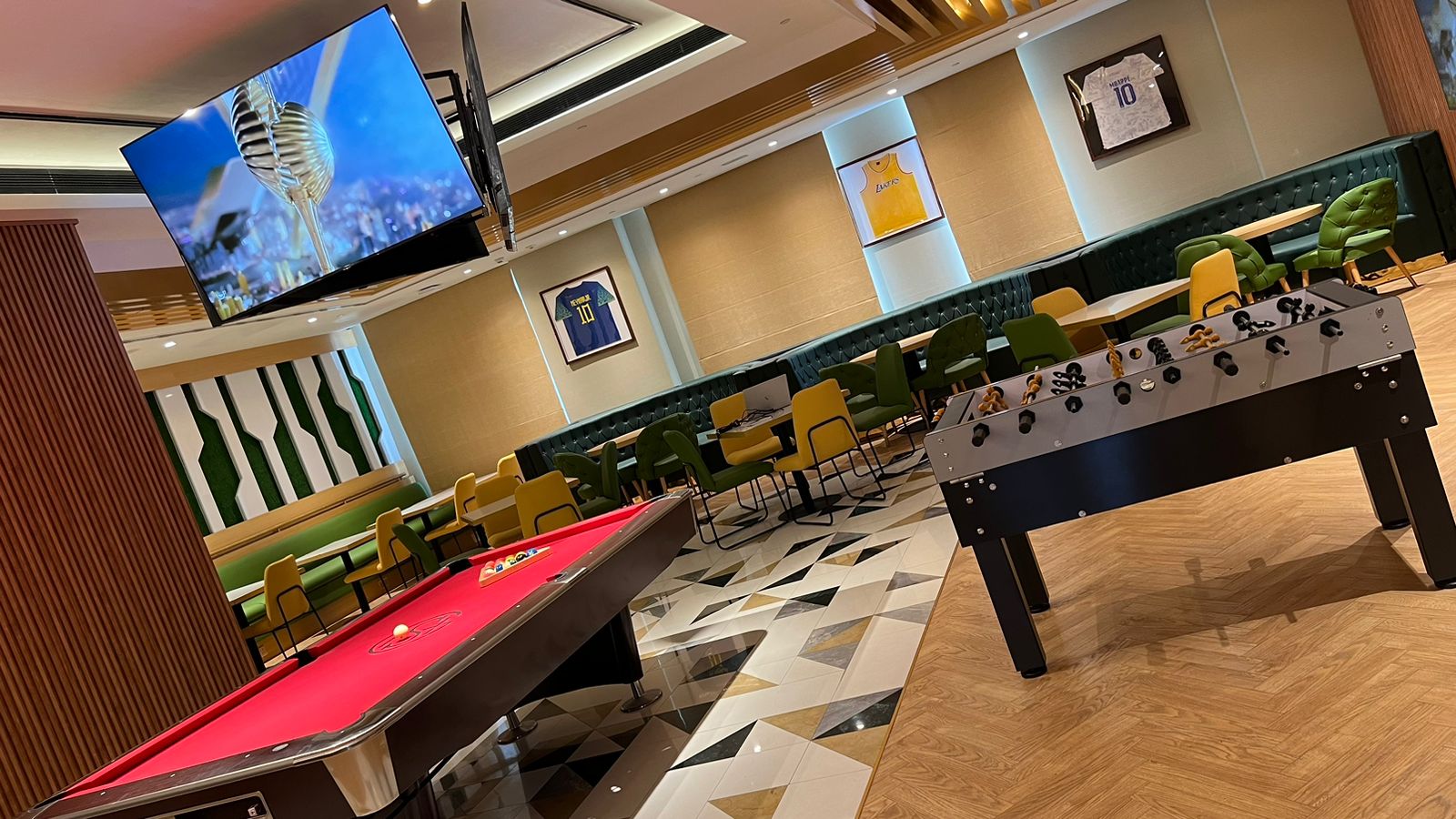 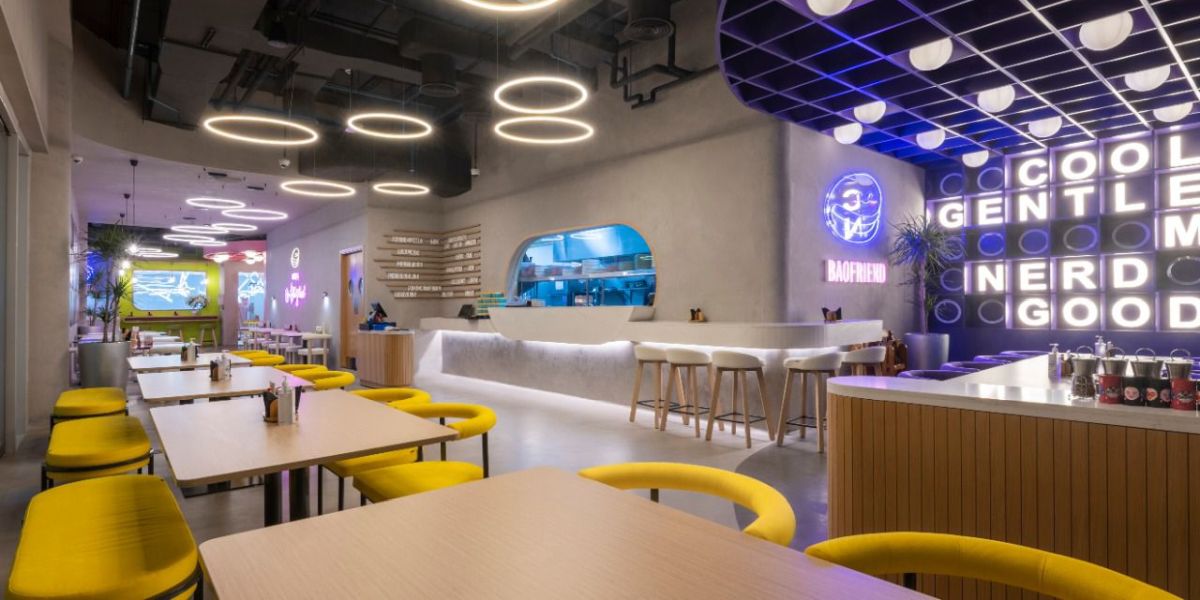 Grab a Bao at the Newest and Coolest Place in Town! 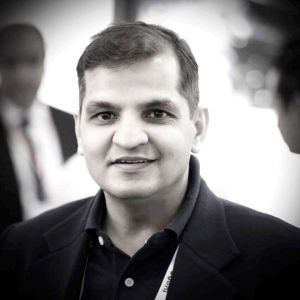