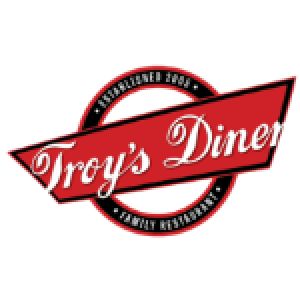 It was a sunny morning in August 2005 when Troy Newton opened the doors to his Main Street diner for the first time.Armed with a couple of frying pans and supported by his closest friends and family, he could never have guessed what was to begin that day or that his restaurant would grow into one of the most popular in the GTA.Troy’s Diner became the buzz of Milton and is still running stronger than ever. His open kitchen concept and unique “Coca Cola” red and white décor offers an element of entertainment that can’t be matched anywhere. The cracking of eggs, the buzz of a milkshake machine and the sizzle of a burger on the charbroiler are some of the sounds you will hear tableside while you soak in the visual extravaganza of trivia and memorabilia.Troy’s homestyle cooking, down to earth menu and courteous and friendly staff will make your visit an enjoyable one with a desire to return. Troy’s All-Day Breakfast Menu will hit the spot for you egg, pancake and omelette lovers. So come on down to Troy’s Diner, if not for the great food… just for the experience.

Hozpitality in discussion with Troy Newton, who runs one of the most successful Family Diners in Main Street, Milton

We hope this will bring confidence among the residents and more and more people can now visit the patios this summer to celebrate and unwind after long depressing closures. 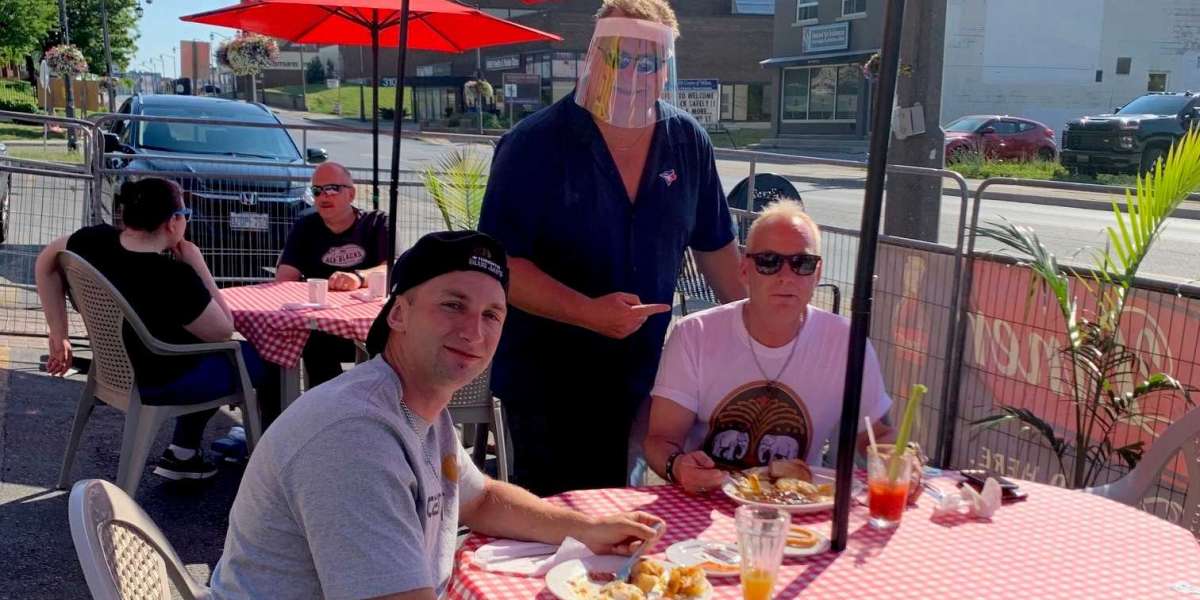 Canada has succeeded to flatten the curve, much better than the other countries in the world. Some of the provinces are absolutely free of Covid cases and the rest are gearing up to do that. The federal and provincial government are implementing new guidelines as the country is slowly opening up the economy. Ontario has just moved most of the regions to Stage 2 except Windsor-Essex. Phase-2 in Ontario, will help reopening nail and hair salons, outdoor, pools, restaurant and bar patios, gyms etc. 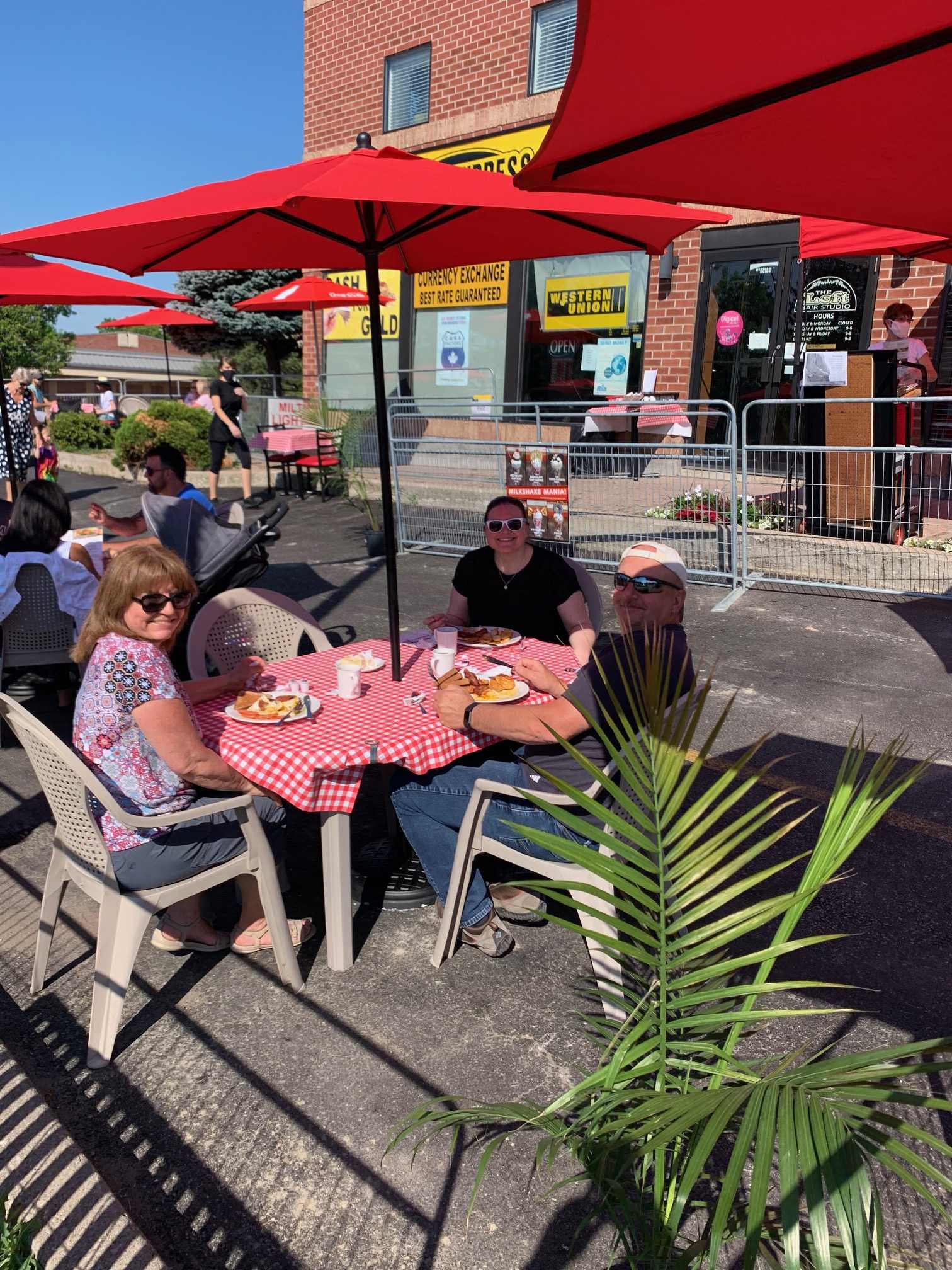 In this article, we will take you to one of the fastest growing economies in Canada which happens to be my hometown also, Milton Ontario. Government of Ontario announced opening of Phase-2 in some areas last week, but Milton wasnt included in it. Thanks to the Mayor and local councillors who reached out to the provincial govt. and appealed to open the economy as soon as possible. Hence, Town of Milton opened the above business last Friday and the residents welcomed the decision. Many of them booked their hair session with their favourite artist immediately, the list goes on but when it comes to quality time with friends and family. It all comes back to food and eating out, which was not permitted for a very long time. Glad, the summer months will feel more like summer with these options.

Today, in this edition we spoke to the famous Milton Restauranteur, Troy Newton. Troy is born and raised in Milton, a fellow Miltonian who studied at E.C. Drury High School. Troy happened to find love in cooking and decided to open his doors for his own diner just a few steps where he had studied. Milton was a closed knit community and he wanted to explore his options. 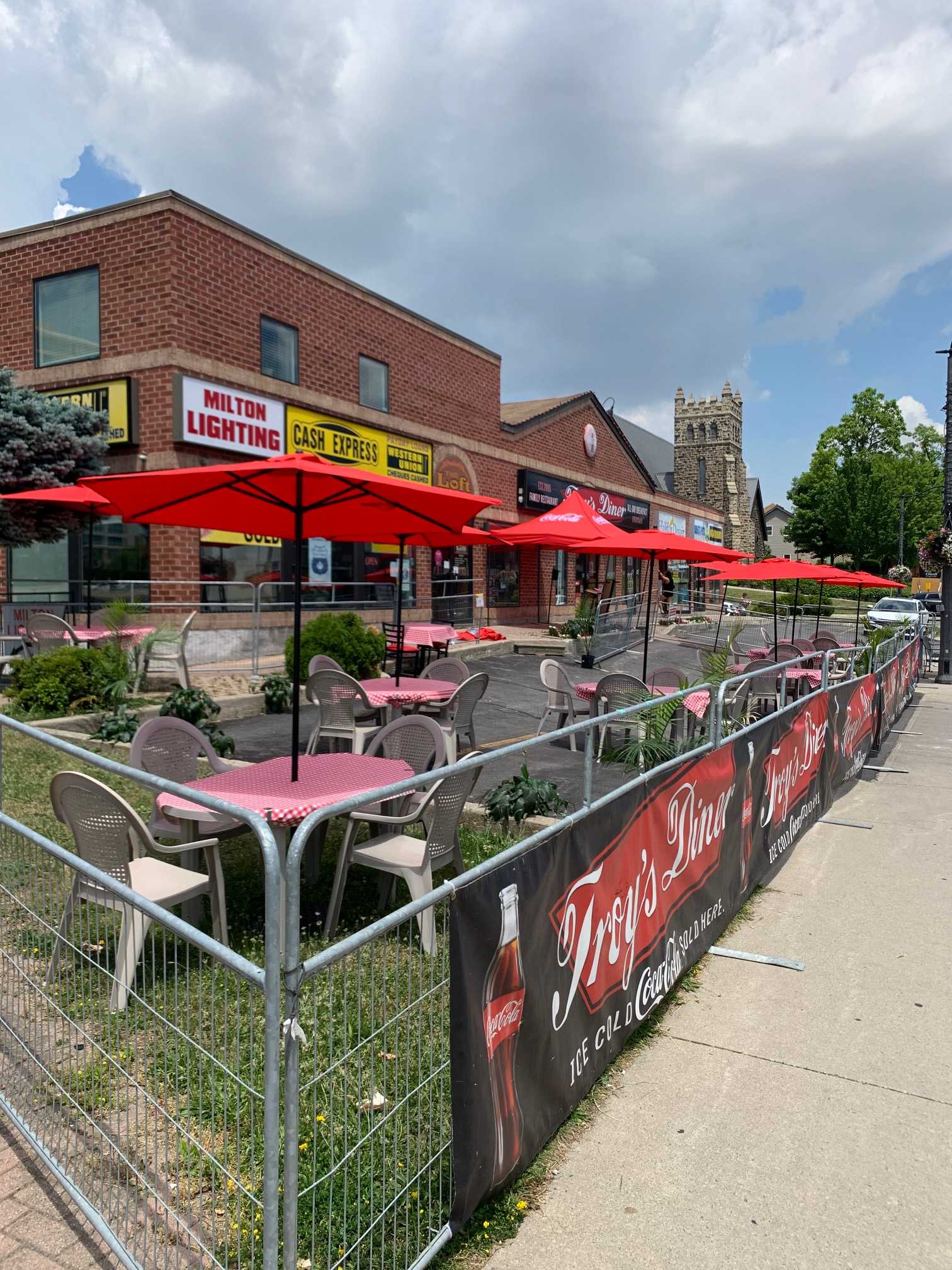 It was a sunny morning in August 2005 when Troy Newton opened the doors to his Main Street diner for the first time.

Armed with a couple of frying pans and supported by his closest friends and family, he could never have guessed what was to begin that day or that his restaurant would grow into one of the most popular in the GTA.

Troys Diner became the buzz of Milton and is still running stronger than ever. His open kitchen concept and unique Coca Cola red and white dcor offers an element of entertainment that cant be matched anywhere. The cracking of eggs, the buzz of a milkshake machine and the sizzle of a burger on the charbroiler are some of the sounds you will hear tableside while you soak in the visual extravaganza of trivia and memorabilia. 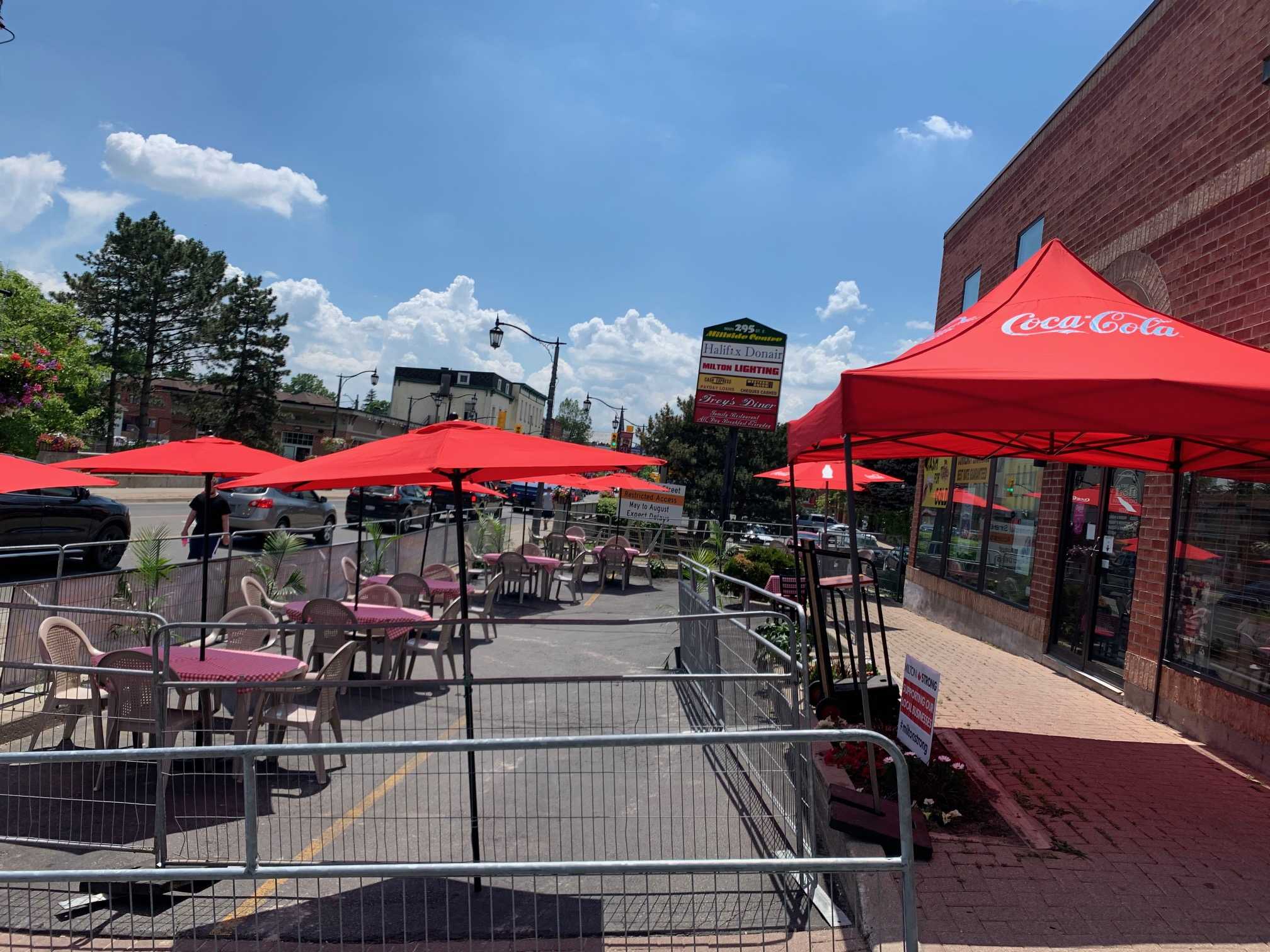 There is no looking back since August 2005, Troy is a renowned name in Milton, an ardent lover of Town of Milton and an active philanthropist in the community. Troy who believes, "Everything is possible, nothing is impossible".

We spoke to Troy and asked him a few questions after the re-opening of the patio last Saturday:

Hozpitality Group:- People have been locked up in their homes for over 3 months and as we approach summer, they are looking to celebrate their milestones in your vicinity. I know, cooking and eating at home were the norms when we were in lockdown but everyone is craving for that one meal with friends and family to start with. The restaurant would really need to regain the trust to bring the customers onboard and so that they can keep coming back and spread the good vibes around in the neighbourhood. There are a few that have opened up and would visit but a few are still skeptical.

Hozpitality Group:- How do plan to maintain the social distancing while seating?

Troy Newton:- We are only seating 1 family per table on the patio, with tables all 6 feet apart.

Hozpitality Group:- What are the perimeters of checking staff health before they report every morning?

Troy Newton:- All staff are required to complete a Covid-19 self-assessment form (obtained from Toronto Public Health) before their shift and undergo a temperature check using an infrared thermometer.

Hozpitality Group:- How do you make sure the food quality is good enough to serve the guests?

Troy Newton:- Our quality and standards of food have not changed. We continue to purchase from reputable suppliers

Hozpitality Group:- Do the guests need to wear protective gear while dining?

Hozpitality Group:- How was the response from the public on the first day of opening?

Troy Newton:- We had a fantastic response on opening weekend. Customers were excited to see us open the patio and were thrilled to be able to go out for a meal after such a long period of isolation.

Hozpitality Group:- Is there is any specific cleaning measures you have introduced recently which wasnt done before?

Troy Newton:- Absolutely! Menus, tables and chairs, debit/credit machines, door handles are sanitized after every use. A stand-up hand sanitization device is stationed at the entrance to the patio.

We would like to thank Troy Newton for his time and remarks.