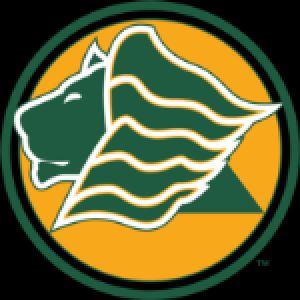 One of the Top-Ranked Universities in Florida:- As the oldest Catholic institution of higher education in Florida and one of the top universities in Central Florida, Saint Leo University has a century-long tradition of welcoming students of all faiths. Our liberal arts campus—located 30 miles north of Tampa—educates just over 2,200 students. Total enrollment across our Central Florida campus, more than 35 regional locations, and online programs is nearly 13,000. Saint Leo offers over 50 undergraduate degrees, programs and endorsements as well as master's, doctoral and certificate programs in the College of Arts & Sciences, College of Business, and College of Education & Social Services. Saint Leo is proud to have been consistently ranked as one of the top universities in the South, according to U.S. News & World Report's "America's Best Colleges" list. The publication Diverse Issues in Higher Education ranks Saint Leo among its Top 100 institutions graduating minority students with baccalaureate degrees. We're a small school, but we have an incredibly diverse student body composed of 41% students from underrepresented populations, representing 44 U.S. states and territories, and over 80 foreign countries. The university has been named to the President's Higher Education Community Service Honor Roll each year since its inception in 2006. Saint Leo students, faculty and staff subscribe to a culture of service and volunteerism in the spirit of our core values. We are traditional, but we are cutting edge Established in 1889 by the Order of Saint Benedict of Florida, the university seeks balanced growth in mind, body and spirit for all members of our community. Saint Leo has grown from a peaceful campus in the rolling hills of Central Florida to an institution of international consequence—ranked one of the best regional universities in the South by U.S. News & World Report Our Tampa-area campus remains committed as ever to student-centered liberal arts education, and is strengthened by the global reach of our regionally accredited online programs and Education Centers in seven states across the U.S., including on many military bases. We are Catholic, but we are for everyone Our determination to make higher education more accessible to all has made Saint Leo a world leader in redefining the 21st century university. Saint Leo now serves more than 13,000 students from all 50 states, the District of Columbia, three U.S. territories, and over 80 countries. Saint Leo is also one of the nation's leading providers of higher education to the U.S. military. While we are proudly Catholic, we teach students not because they are Catholic, but because we are Catholic. And our faith compels us to imagine and contribute to a more socially just society.